The people of Hintsa Performance all share a passion for a better life and better performance. Our Hintsa Stories blog series is dedicated to them. This time let us introduce you to Tom Clark, one of our amazing Performance Coaches. Tom works with both elite level racing drivers and high performing corporate clients, while also collaborating with researches to look into relatively unknown areas of high performance.

Can you tell us about your adolescence and how you got interested in high performance?

Throughout adolescence, sport was my life, chief among which was motor racing. With both my father and grandfather having careers in racing, I was naturally positioned to observe the exhilarating world of a racing driver. This lead the way for a start in go karts, where I began competing in the sport at the age of 11. Although I of course had aspirations to be the next Michael Schumacher, a professional career as a driver was never a considerable possibility due to a lack of funding, but it still allowed me to compete in the sport I love and battle with some of the future stars of racing.

Throughout this period of my life, from wanting to better my own sporting performance not just in racing, I would read about and watch other top sport stars whenever possible. Learning and understanding how the very best athletes achieved greatness was my addiction, I yearned to discover their secrets of high performance and why they were able to reach heights others could only dream of.

What led you to study health and exercise science in university?

As I grew older and started to think about a career after school, I became aware of the science of human performance and coaching. The two areas aligned so true to my primary interests that there was never a consideration that this might not be the path for me. Following school, my ambition to further my education in this area took me to university where I started my bachelor’s in health and exercise science. Soon after starting my degree however, I was faced with real trauma through losing my best friend to cancer. Having never faced anything close to a loss such as this, it knocked me off my feet for a while.

Eventually came the time where I had to consider what I was going to do with regards to my studies, did I want to quit or push on and move forward. At the point of which I established I had this decision to make, I never looked back, with the drive of trying to be the best me I could be and making the most of the opportunities put my way being the new flame burning inside of me. Following this and having achieved great success as part of my bachelor’s degree, I sought to further my education by studying for a masters, coupled with working as a researcher in the university laboratory. This time was critical for me in truly understanding the literature and science produced in research and how that can be applied in the real world.

You eventually ended up working with over 100 racing drivers – how did that happen?

Towards the latter end of my studies, the end of my research projects dovetailed into my first opportunity in motorsport working with a physical preparation consultancy specialising in racing drivers. It was here where I worked with an abundance of drivers and other athletes. Unbeknown to me at the time, the volume of high performing athletes I was able to coach in isolation, was an incredibly fortunate position to be in and real rarity for a young coach.

This exposure to so many elite level athletes enabled me to hone my craft as a coach and begin to understand in depth the physiological demands and mental obstacles faced by high performing racing drivers and other athletes. Over my time here I worked with over 100 racing drivers, from elite level karters, through to Formula 1 drivers. Having worked primarily as a physical preparation coach for athletes, I was given a new opportunity to work with select elite level racing drivers in closer proximity. This role epitomised my outlook on high performance as it prompted me to consider all areas contributing to a racing driver’s overall performance. 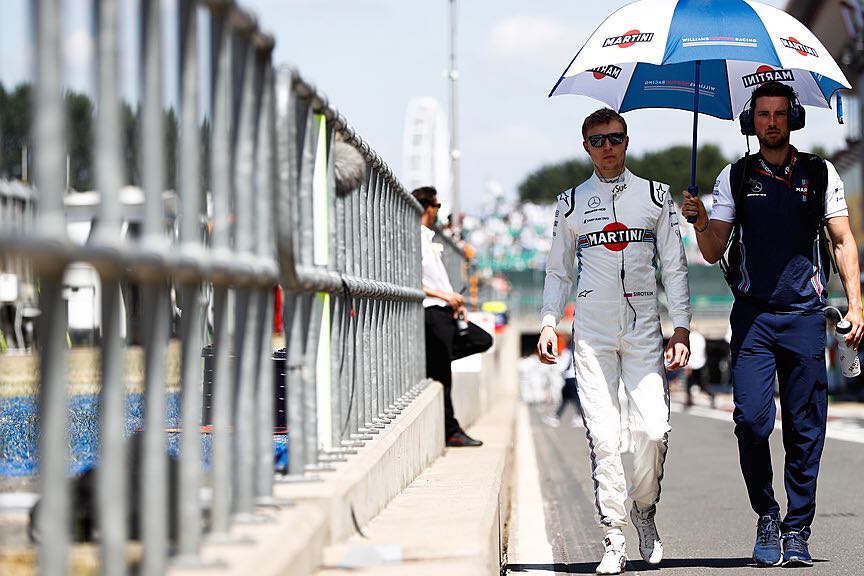 How did you get introduced to Hintsa Performance?

A few years working in this intensified individual athlete role lead me to being introduced to Hintsa Performance. At this point I felt I had began to understand the multifaceted nature of high performance and had developed my own set of core values. When I then read further about the Hintsa philosophy and the core values the company coaching outlook is built upon, I could see that we shared much of the same.

That, coupled with their coaches’ depth of experience and credibility from a wide variety of backgrounds, made it clear that for me to develop as a coach I needed become part of their team. At the beginning of 2017 I got that opportunity, where I have now worked with Hintsa on several projects and with some of the very best racing drivers that they support. In 2018, I led the coaching and development of one of Hintsa’s Formula 1 drivers.

You also work with corporate clients. Are there any similarities between Formula 1 drivers and high performers in business?

Travelling to all the Formula 1 races and competing at the highest level taught me so much about the consistency of high performance and the balance of all the contributing variables whilst in a highly stressful and competitive environment. This coincided with another critical aspect of my development as a coach, with Hintsa also providing me the opportunity to work with some of Hintsa’s high performing corporate clients.

This opportunity offered me a great insight into the traits of high performing corporate individuals and the parallels they share with Formula 1 drivers. From the level of competition, individual work ethic and daily environment, it continued to amaze me the similarities in what I would observe with drivers and the strategies I would use to improve and sustain performance, would also have a significant impact with the corporate individuals which on the surface, appeared to be from very different worlds.

What are you working on now? And what are you most looking forward to in the near future?

In a bid to stay on top of my craft, I have continued to upskill and gain accreditations in other disciplines of human performance. At present, I am also collaborating with researchers to produce peer reviewed, evidence-based scientific literature, to look into relatively unknown areas of high performance. In recent times the areas of exercise physiology and performance nutrition having been my predominant area of interest, whilst still prioritising the other key elements of the Hintsa core.

Going forward, my goals have become less one dimensional since I first started on this path. For example, my primary goal through university after the passing of my best friend was to work in Formula 1 with one of the competing drivers. Having on paper achieved this goal, I have since acknowledged the multifaceted nature of performance means that ultimate satisfaction for me comes in the level of impact I can have on a client’s life. Which is why at present, generally speaking, I am focused towards making a significant difference and becoming a bigger and bigger asset to the individuals I am working with – whether it be in sport or business. All the while becoming more respected, accredited and one of the top practitioners in my industry.