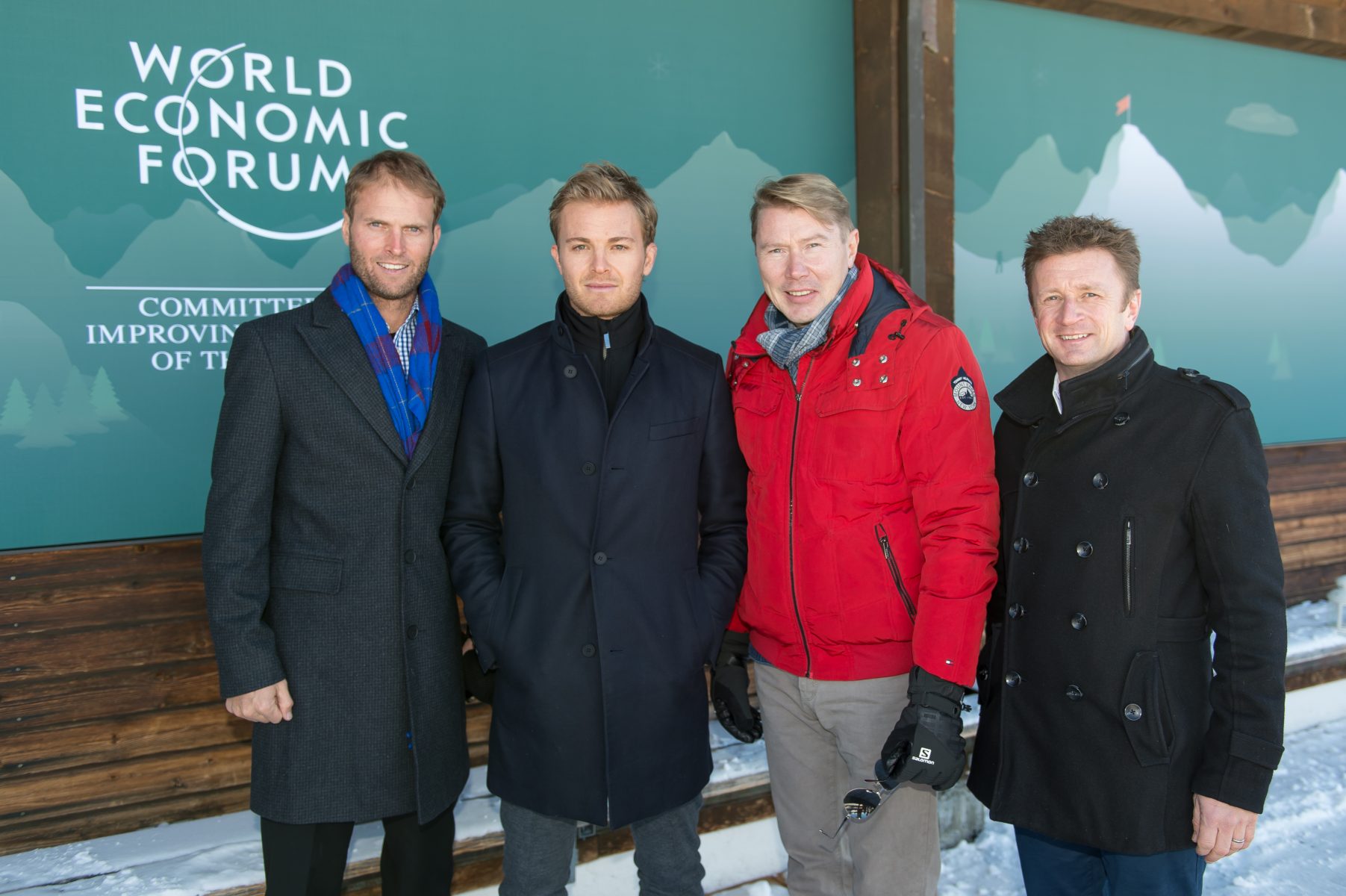 According to the World Economic Forum, the arrival of the ‘Fourth Industrial Revolution’ is marked by the exponential rate of change in the economy, business and society, by the unprecedented scale, scope and complexity of these shifts and by the transformation of entire systems across countries, companies, industries and societies as a whole.

The 2016 World Economic Forum Annual Meeting in Davos gathered its 2500 attendees around the theme of ‘Mastering the Fourth Industrial Revolution’, but given the enormity of the challenge, it’s perhaps not surprising that we returned to similar topics in 2017.

This time the meeting gathered participants, from nearly 100 countries, to explore a new theme: ‘Responsive and Responsible Leadership’. For the second year running Hintsa Performance was invited to contribute two sessions, both of which were oversubscribed. In total, over 100 participants took the cable car ride to our venue, to consider if their current level of wellbeing and performance was just a fraction of what they are capable of, explore whether they could achieve the same level of performance, but increase the margin in their lives, but more importantly, to take some time to step back and consider how they live, work and manage their attention and cognitive efforts in today’s world of hyper-stimulus. 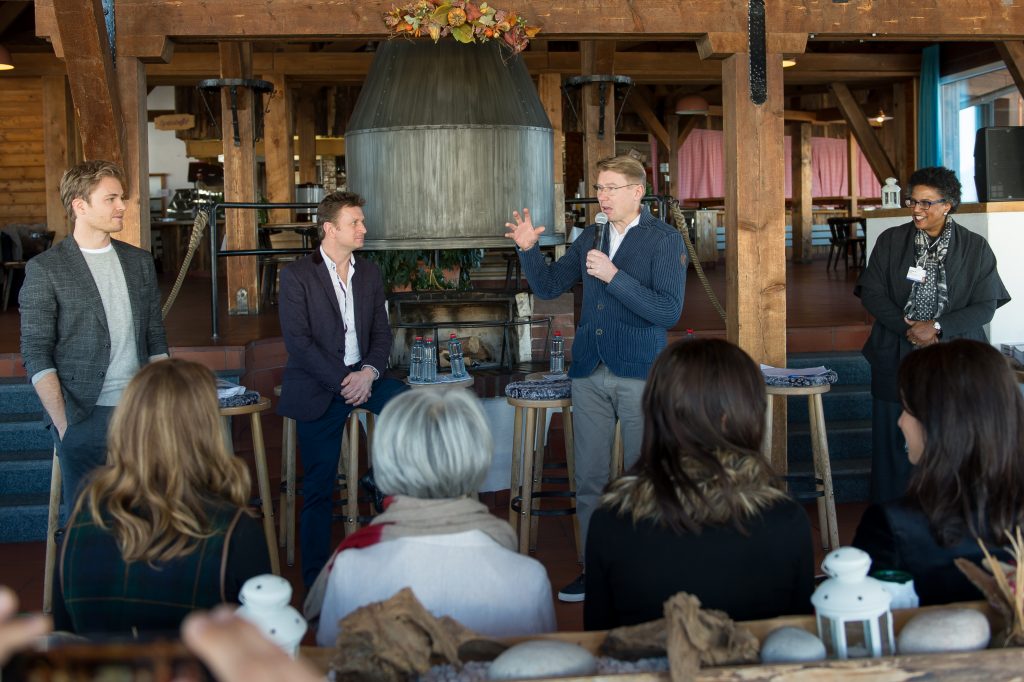 Leaders from the world of business, politics and the arts joined us on the Rinerhorn mountain. I was struck by how eager they were to learn from our guests; Mika Häkkinen, Two-Time Formula One World Champion, Luke Bennett, Medical and Sports Performance Director of Hintsa Performance, Allan McNish, three-time Le Mans winner and BBC’s F1 commentator, Linda A. Hill, the Harvard Business School Professor who facilitated our sessions, and Nico Rosberg, the current Formula 1 World Champion.

Over the course of our conversations, both in our sessions, in our meetings in the Davos Congress Centre, but also in the many serendipitous interactions that took place throughout the week, three ideas were repeated:

1. We don’t really know what the Fourth Industrial Revolution is, yet, but we have a few ideas.

It’s clear that we are witnessing rapid and complex changes in our economy, business and society, but it’s likely that we will only be in a position to define exactly what the Fourth Industrial Revolution is, once it’s over. However, we have a few ideas. Throughout the week, conversations returned to the skills and capacities that will be required to survive and thrive in this shifting landscape:

We believe that these skills will be necessary to navigate and create value in the midst of this revolution, that they are less likely to be threatened by automation and that they offer the opportunity to bring more meaning and purpose to our work. However, it seems that our current ways of working and living, distracted, fragmented and still heavily influence by Tayloristic models of efficiency need to be broken down or re-imagined if we are going to prepare ourselves and the next generation of workers for this new world.

2. New challenges may not be addressed with old solutions.

Global life expectancy has doubled since 1900. The global balance of power and wealth is shifting. We will live and work for longer than ever, but in ways that we likely never imagined.

I found that people were asking many of the same questions this year as they were in 2016. Many people had a better sense of what we needed to do – cultivate cognitive flexibility, look after our bodies in a ‘knowledge-dominated world, be more conscious about how we interact with information technology and how we use it to interact with each other and make decisions – but few people had any more clarity about how to do it.

However, one theme that was emphasised was the continuing need for leaders to model the behaviours they want to see manifested in their teams.

Linda A. Hill shared a quote during the week that has stayed with me:

“People don’t want to follow a leader to the future: they want to co-create it.”

Paradoxically, while the Fourth Industrial Revolution will feature a significant and growing automated and roboticized component, this may emphasise the human characteristics and capabilities that set us apart from machines.

During our sessions, we shared Hintsa’s vision for better life, better performance, and putting the human back into ‘the system’. This idea clearly resonated with our audience. Also, while narratives of fear and uncertainty were prevalent, there was an undeniable sense of hope and excitement among many people I spoke to. A sense that we have an opportunity to create a better future together, to use these changes and the fantastic technologies we have available to make a difference in the world.

In addition to the scheduled sessions, a number of exhibits were scattered around the Congress Centre. One in particular stood out to me: the ‘Immersive Learning’ demonstration, where we were given the opportunity to experience the Microsoft HoloLens.

This is the first time I’ve experienced the device for myself. I put on the headset and had a rare technologically mediated ‘goose bump’ moment as high-definition holograms ranging from galaxies and molecules to anatomical models appeared in the ‘real-world’, in front of me. The holograms were very impressive. With my keen interest in physiology, a personal highlight was walking close up to the anatomical model and putting my head ‘inside-it’ to take a close look at the structure of the human heart.

However, what struck me more was the collaborative experience of exploring these holograms together. I was part of a random group of attendees who had queued for the Immersive Learning exhibition. There was a mix of ages, genders and nationalities, but the holograms brought us together. Unlike virtual reality, which encapsulates the individual in their own digital world, mixed-reality, and the contextual and location awareness of the headset, meant that we were all looking at and interacting with the same model. In the seriousness and formality of the Congress Centre, the smiles and laughs that erupted as we investigated this new technology were refreshing and inspiring.

A positive vision of the future

It’s easy to criticise a vision of humans working in blissful harmony with technology and each other as naive, but we need to balance the tension between recognising the realities and challenges of our changing world, with the need to imagine a positive vision of the future.

As I’ve written about before, human brains seem to work best in a hopeful state. We will be better prepared to consider all possibilities if we reflect on what may come, using hope as the starting point. Some of the systems we have created and that have emerged may seem threatening, but perhaps that’s because we don’t understand them fully, yet, and we don’t have all the skills we need.

While we shouldn’t ignore the potential pitfalls, I contend that, if our starting point for thinking and decision-making is fearful, we will increase the likelihood that we will engineer the outcomes of which we are so afraid.

We don’t have all the answers, but it’s clear that we need to work proactively to enhance life and performance in the Fourth Industrial Revolution by developing and applying our human capabilities and qualities; creativity, complex problem solving, critical thinking and collaborative skills, today.

You can read more about focussing your attention and energy to release your potential, and achieve your biggest impact, in my latest book: Exponential. Better Life, Better Performance: From Formula 1 to Fortune 500.