Hollywood star Mae West once said: “it’s not what you say, but how you say it”. Indeed, extensive research has been conducted on elements of voice, such as tone and volume, but also non-verbal components such as eye contact, facial expressions and stance. However, what people say, their choice of words, can also have a compounding effect on performance, whether they are speaking to themselves, or others.

Language matters, whether you are coaching an athlete, giving feedback to an employee or just talking to your children. By default, human brains are wired to survive; they seek to achieve reward, and avoid threat. These two states however, also have a knock-on effect on your physiological and psychological states. In short, your body functions better in a reward state or a mild threat state, but a severe threat state can be quite detrimental to your performance.

An exercise I often take clients through involves throwing them a tennis ball, under two different instructions. The first time, I say “catch”, and the second time I say “don’t drop it”. Under both sets of instructions, the objective is one and same; they need to catch the ball. However, the body language changes the second time, and people always give me feedback that the second attempt is harder. Human perception of the word “don’t” can be one of danger, threat, fear, and an assumption of a negative consequence. This can distort focus and increase anxiety. Further explanations can be found in research

Learn the difference between challenge and threat

Professor Jim Blascovich and colleagues at UC Santa Barbara compiled a study in 2003 looking at challenge versus threat states, and their impact on athletic competition. Varsity athletes were asked to imagine giving a speech to their teammates prior to the start of the season. Cardiovascular indexes were measured using an ECG, and participants were based in two categories; those feeling challenged by giving a speech, and those feeling threatened by the idea of it. Results actually predicted future performance, with athletes from the challenge group performing better in relation to the threat group in the subsequent season. See the table below for the key differences between challenge and threat states, and consider how being in a challenge state puts you in a better position to perform. 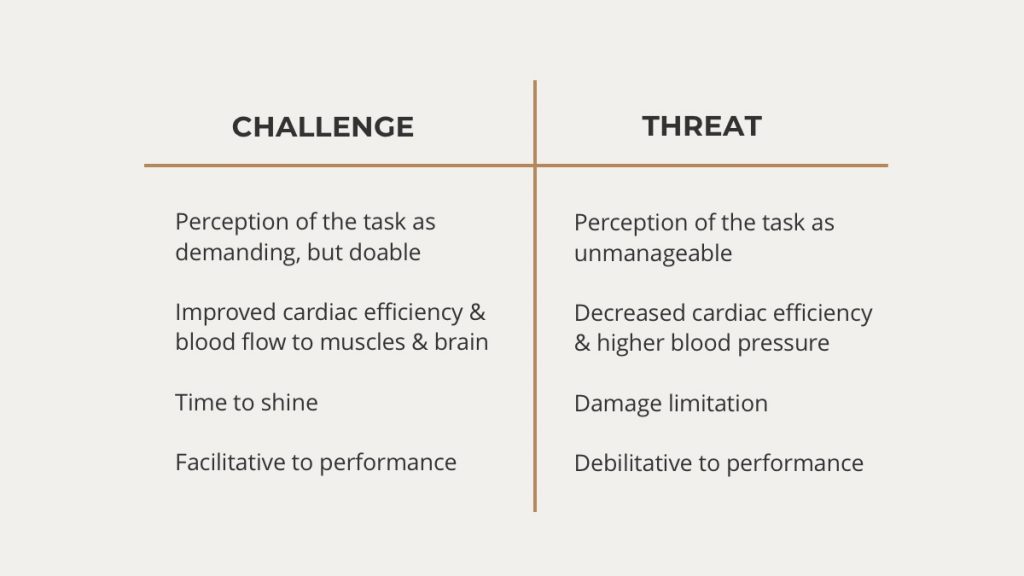 The above table offers insight into how people’s bodies react to situations they perceive as challenging and threatening. Linked to the short, but lingering, use of “don’t”, is a subconscious process known in popular culture as the White Bear Problem. It’s borne of a quote from Russian novelist and philosopher Fyodor Dostoevsky’s work, Winter Notes on Summer Impressions: “Try to pose for yourself this task: not to think of a polar bear, and you will see that the cursed thing will come to mind every minute”.

In scientific terms, this is referred to as Ironic Process Theory, in which deliberate attempts to suppress particular thoughts make them more likely to surface. Social psychologist Daniel Wegner’s experiment in 1994 involved instructing participants not to think of a white bear. He found participants either thought of it anyway, or were able to focus on something else, but subconsciously found it cropping up in their thoughts, through the process of them checking they weren’t thinking of it. Coming back to the tennis ball task I outlined earlier, even though people are given an explicit instruction not to drop the ball, the thought of dropping it occurs automatically. And in Wegner’s terms, suppressing the thought of dropping the ball, makes one more likely to drop it.

Off the back of the above, a key coaching point I deliver to clients is focusing on achievement versus avoidance. Focus on the challenge of achieving something positive, versus the potential threat of not avoiding the negative. I find clarity of communication is pivotal in achieving this. Think of a situation where you’re giving instructions to a young child; their reasoning isn’t as developed as yours, they don’t naturally think of opposites in the same way adults do, and often need greater instruction. By asking a child not to run, you aren’t necessarily telling them what to do; you may want them to walk, jog, or even stop altogether. Leaving my parents’ house as a teenager, I was often told not to catch a cold. I now know what my parents meant, was for me to take a jacket.

Think of all the situations on a day to day basis, in which you ask yourself or your employees to avoid something. Don’t be late, don’t mess up, don’t get angry, don’t burn the dinner… Now think of how you could ‘translate’ those; be on time, do well, relax, keep an eye on the food… This translation surely creates a different feeling.

Next time you find yourselves thinking “don’t”, and focusing on avoiding something, translate your thoughts and reframe into achieving what you really want to achieve. And when managing others, or communicating on a daily basis, people are a lot more likely to excel at what you want them to do, when they know exactly what to do, and when you’re challenging them to achieve. So give yourself a challenge today, to translate your thoughts and perform better.

To find out which area of wellbeing and performance you should focus on next, take our free Better Life Pulse assessment. 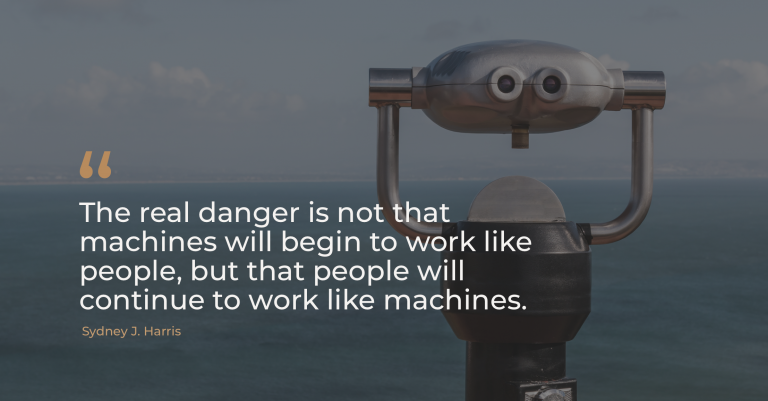 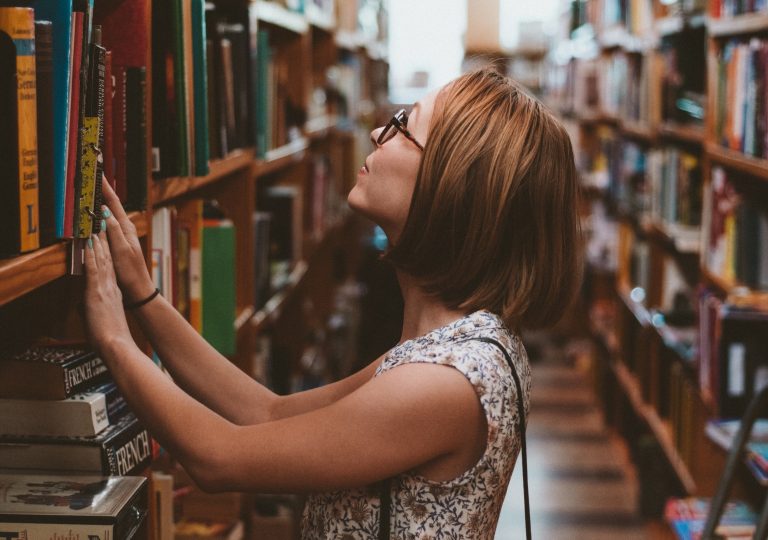 The Secret to Successful Behavioural Change