Every day I receive at least three event invitations, which include the word ”digital” in them. Digitalisation is rapidly changing the way people live, work and create value. Yet the World Economic Forum claims the key differentiating factor in the fourth industrial revolution is not necessarily how much you invest in machine learning or artificial intelligence, but how you invest in people and the unique human skills and capabilities such as creativity, complex problem solving and empathy.

Unfortunately, our current lifestyle does not support these skills.  Work is fragmented. People are tired and reactive, glued to their cell-phones, running late for yet another urgent meeting. Many of us fail to focus as we don’t rest. This limited buffer allows no room for mistakes, especially those made by others. Creativity only manifests itself during holidays – and many people end up finding it impossible to switch off.

Health and wellbeing as a competitive advantage

Individual health and wellbeing are business critical, and not just from a cost perspective. Early findings from our on-going research indicate that rhythms of sleep and rest have a significant impact on cognitive performance in high-performance knowledge work. Presenteeism – people showing up to work but not functioning optimally – is estimated to cost firms at least three times more than absenteeism. Meanwhile, high performing individuals are up to 800% more productive than average when it comes to complex knowledge work. Attracting and retaining top talent has been a priority for decades, but “the war for talent is over, and talent won”. Employer branding plays a key role as the millennials and generation Z enter the workforce with new demands about work, life and balance. 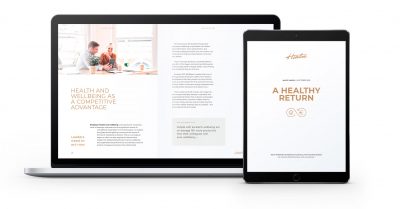 Leaders play a key role in creating an optimal environment

A few weeks back I had a long discussion with a friend from a company going through an extensive organisational transformation. Uncertain of their future and insecure about their own jobs, individuals were understandably stressed, working longer hours than ever, and in the end, feeling like they performed sub-optimally. Engagement levels were steadily declining, and the friend described the situation as “a limbo” and “a game of musical chairs”. While employee wellbeing was most certainly compromised, it was not necessarily top of mind. Perhaps it should have been.

Individual health and wellbeing are business critical, and not just from a cost perspective.

We know that better life leads to better performance. My friend’s example also shows that the individual wellbeing is always impacted by the organisational context – and vice versa. Organisations are complex networks of human connections. The organisational culture can thus be greatly affected by the wellbeing and state of mind of even one individual. This is particularly true if they happen to be in a leadership position. Leaders reproduce who they are. Leadership behaviour and the organisational climate impact employee wellbeing, behaviour, customer experience, and ultimately, company value creation.

In Hintsa’s latest white paper ‘A Healthy Return’ we propose a new framework to explain the relationship between human wellbeing and organisational performance. We call it the Organisational Value Chain.

Everything starts from the Core

Another way to look at this is to explore the concept of Core. In the Hintsa model, Core is the axis around which all the elements of the Circle of Better Life rotate. On an individual level, we talk about identity, purpose and a sense of control. On an organisational level the Core is about values, culture and the organisations reason for existence. The two need to be aligned.

Leaders need to recognise that individual and organisational wellbeing are interconnected.

To succeed in the fourth industrial revolution, leaders need to recognise that individual and organisational wellbeing are interconnected, and both are required for sustainable high performance. Wellbeing behaviours are always personal, but organisations play a key role in creating environments, in which individuals have the optimal conditions to live better lives – and consequently, perform better. 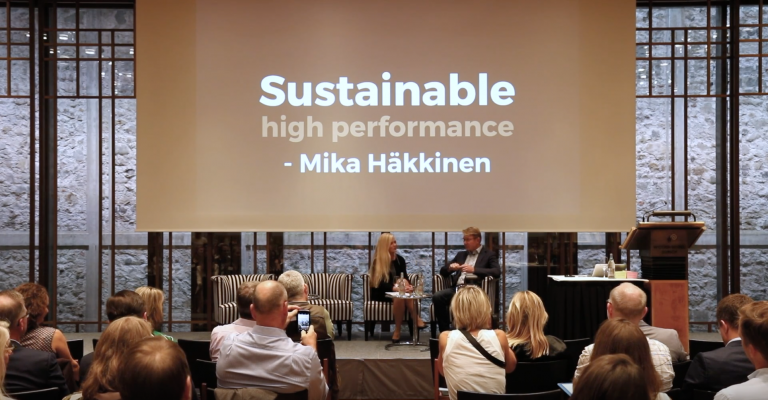 What is The Key to Sustainable High Performance?