The CEO of Hintsa Performance argues that wellbeing is the foundation of sustainable high performance – not a reward for it.

If you’re worried about your work-life balance, you’re missing the point. “There is just life,” says Annastiina Hintsa, “and your work is part of your life. That’s it.” Hintsa, the CEO of the eponymous coaching firm founded by her late father, Dr. Aki Hintsa, knows firsthand the risks of viewing work and life as separate. After an early-career episode of burnout—capped by a nasty fall down a flight of stairs—Hintsa came to see that one’s wellbeing isn’t just an ingredient in sustainable high performance, but rather, its foundation.

In this interview with Fleur Tonies of Aberkyn, a McKinsey company, and McKinsey’s Jan Ascher, Hintsa describes the links between wellbeing and performance, as well as how leadership stereotypes, stigma, and management inattention keep senior executives from prioritizing the wellbeing of their organizations, teams, and even themselves.

She goes on to caution leaders that the pandemic’s negative effects on wellbeing will be both long lived and unequally felt. Finally, she draws upon her company’s extensive work with high-performance athletes to highlight practical lessons for leaders of all stripes.

The Quarterly: How have issues of wellbeing and performance affected your own life and career?

Annastiina Hintsa: I went through a burnout. I was very early in my career at McKinsey, and I really loved what I did. I was super engaged. I was one of the people giving their 200 percent, and it was a cumulative effect of little things: sleep debt, ignoring all the warning signals that others noticed.

It was a hard stop—I literally fell down the stairs and hit my head. My first reaction was to search for my laptop, which is kind of embarrassing now. But that moment, when I was at the bottom of a staircase searching for my laptop, worrying about my work and not worrying about myself—that was a turning point for me. After that, I had the realization that I can’t keep on going this way. If I want to do this job and perform well, I need to change something.

Many people think that was the point when I joined Hintsa and gave up everything and moved away from the corporate career and joined a life of wellbeing and balance and happiness. No. I stayed with McKinsey for years, and I loved it. I thrived.

The Quarterly: Why do people think that?

Annastiina Hintsa: I think it’s a misconception we have—that wellbeing and high performance are somehow mutually exclusive, that these two things can’t coexist. One of the biggest revelations for me was realizing that being well, looking after myself—it’s not something that I earn the right to only after working really hard for a long time. It’s completely the other way around. It’s a prerequisite to be able to perform.

The Quarterly: How do you describe your company and what it does?

Annastiina Hintsa: Hintsa’s mission is to help people live a better life, and consequently, perform better. The company was founded by my father, Dr. Aki Hintsa, about 20 years ago. I got involved in 2016. We’re not a “traditional” wellbeing company. We focus on human high performance with wellbeing as the foundation. Our roots run to sports, and we’ve worked closely with Formula 1 for decades, although most of our work today is with businesspeople, teams, and companies.

Everything starts with the core—a person’s inner motivation to change—and from there we focus on the science and the links between the different elements of wellbeing: physical activity, nutrition, sleep and recovery, biomechanics, mental energy, and general health.

The Quarterly: Say more about those interactions. Can you share an example?

Annastiina Hintsa: Sure. Let’s look at sleep. We had a CEO, just to give you one anecdote, who was sleeping six hours a night. He thought this was enough. He was performing quite well, leading a large organization, and he thought everything was quote, unquote “fine.” My father challenged him to try and sleep for eight hours a night to see the impact.

The executive was shocked. His comment after two weeks was, “Oh my God, I’m seeing colors. For the first time I am actually seeing colors.” By changing that one little thing he realized significant benefits. He was more aware of everything going around him, more in tune with his own emotions, more able to recognize emotions in others. Sleep deprivation affects everything: our emotional intelligence, our creativity, our ability to solve complex problems. And the challenge with sleep deprivation is that we get used to it. That’s what happened to this CEO. He had gotten used to performing suboptimally. The key for him was to have the realization, “Wait, maybe there’s more.”

We’re starting to be able to quantify the impact of things like sleep deprivation, physical exercise, and nutrition on cognitive performance. Not just on our physical performance and health, but on our ability to think on our feet, to be creative, to collaborate—and to collaborate online, which is actually harder than collaborating in person.

The Quarterly: It seems that personal experience plays a big role in gaining understanding. But that’s worrying, too. Do people need to burn out—or otherwise struggle with their wellbeing—in order to change?

Annastiina Hintsa: I’ve been thinking about that myself. Was it really necessary for me to drop off the cliff and then climb back up in order to “get” this? Could people realize some of the positives of wellbeing without having to first experience the negatives in a traumatic way?

With the CEO I described, and with many of our clients, just trying out little behavior changes can make a positive difference. That said, it might be true that a lot of high performers will need to hit at least a little bit of the wall before understanding it.

The Quarterly: Why is that? What holds us back?

Annastiina Hintsa: A bunch of things, really. For example, I think that part of the reason that so many high performers burn out is that they overuse their strengths—such as resilience or an ability to focus—and in doing so miss out on the warning signals their bodies send them, telling them they need to recover. We all need to develop more self-awareness about our “wellbeing status.”

Of course, identity also plays a big part. A lot of leaders have this idea of a superhuman executive who is working a 100 hours or more a week, and at the same time is raising a family and doing crazy sports. Our identity is quite often based on work: when we introduce ourselves, when we talk to people, what we’re interested in, is work. Think of how much of a person’s identity is based on something that can be taken away from them! That’s one reason I hate the term work-life balance; it’s completely misleading, as it pits work and life against each other. There is just life, and your work is part of your life. That’s it.

And wellbeing is hard to quantify. It often ends up in a bucket of initiatives and doesn’t get the attention it deserves. Maybe it’s something your company does once a year, but it’s not embedded in structures and processes or considered fundamental to value creation, strategy, or put on the CEO’s agenda—which is where it belongs.

Finally, there’s stigma around these topics. That’s where leadership can have a massive impact. I went through a burnout, and it took me five, six years to call it a burnout because I was ashamed. It was much easier to talk about the physical impacts—“yeah, I had low blood pressure”—than name and admit what I had been through. But what if we reframed this? What if instead of thinking of burnout as weakness, we thought of it as overusing our strengths? Over time, that could make a big difference. Right now, 96 percent of executives say that they have symptoms of burnout. Some don’t want to share these things with their own family, let alone their boss or colleagues. Employers can play a huge role by providing safe spaces and third parties to speak to.

The Quarterly: How has the pandemic affected all of this?

For example, we see a lot of individuals who were performing well prepandemic, and now they’re really struggling. This has been a tipping point for them. And the people who had challenges [at work] before [COVID-19] are often those who also lack skills in terms of self-leadership, frankly, and are incapable of leading their own work remotely. When you combine all this with the uncertainty, anxiety, and isolation—we haven’t seen the mental-health effects yet at all. I worry we’re going to see a wave of depression and other mental-health and behavior issues. I think companies are just starting to realize this.

That said, COVID-19 has forced us to stop and reflect and to take a step back. It’s a great opportunity for many of us to ask ourselves core questions, such as: Do you know who you really are? Do you know what you want? And are you in control of your life?

The Quarterly: Let’s switch gears a bit and talk about your work in sports. Are there connections to athletics that are relevant for businesspeople?

Annastiina Hintsa: There are, particularly in terms of bouncing back from setbacks. Let me give you an anecdote. Hintsa’s whole ideology was developed by my father when he was working with Haile Gebrselassie, one of the best long-distance runners of all time.

My father got to work with Haile a lot—watch him train and win races but also face challenges. Once, when Haile was starting to have problems with his Achilles tendon, my father had to operate on him. It was high stakes, and my dad was obviously nervous. And Haile told him, “Doctor, chill out. It’s just running.”

That was a big moment, when my dad realized that for Haile, it really was “just running.” Haile used to say that in the West he was considered an Olympian, an Olympic marathon runner. In Ethiopia, he was a father who runs. I think that’s a lesson for businesspeople: in order to be more resilient, and face setbacks, we can’t base our identity on just one thing.

Another key learning for me from athletes is that an organization can’t be in crisis mode all the time. Just as athletes can’t be doing high-intensity training all the time, people and teams can’t be performing at the max all the time. Like athletes, we need to alternate between being focused and engaged and rested and relaxed. That’s the main lesson to draw from sports. Ultimately, it’s about mental strength and how individuals are able to compete and rise up to the challenge in a situation. And while the demands of a CEO or other executive are quite different from most athletes—and there are limits to the comparison—the need to alternate between high intensity and recovery to reach optimal performance is the same for all of us.

Annastiina Hintsa is the CEO of Hintsa Performance and an alumna of McKinsey’s Helsinki office. This interview was conducted by Jan Ascher, a senior partner in the Zurich office, and Fleur Tonies, an associate leader at Aberkyn, a McKinsey company, who is based in Singapore.

This article was edited by Tom Fleming, an executive editor in the Chicago office. 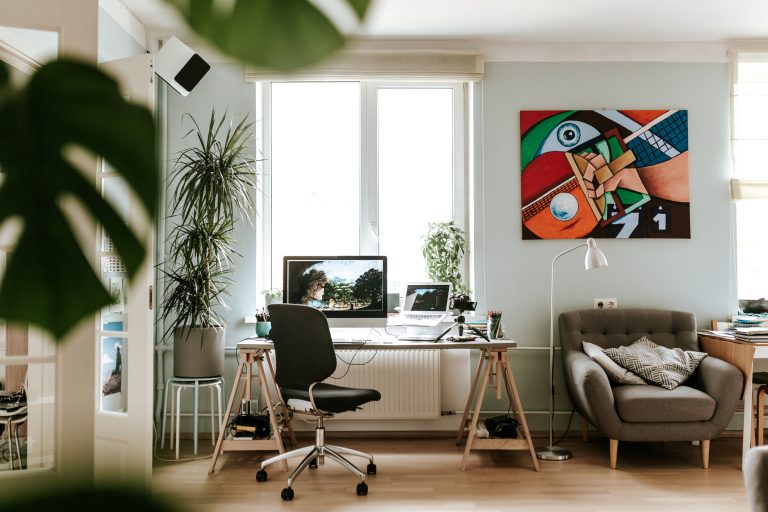