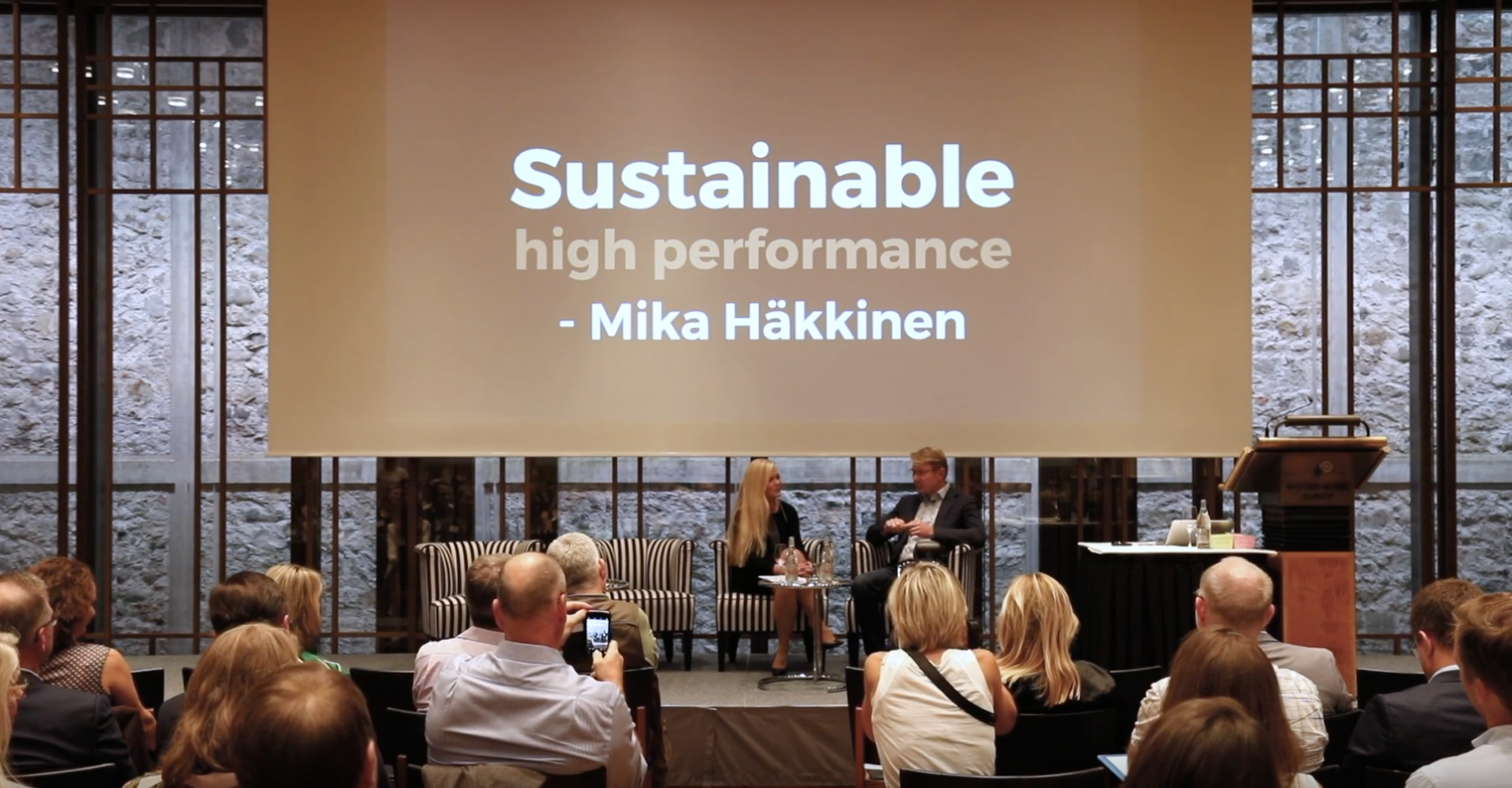 At an event hosted by the Swedish Swiss Chamber of Commerce on Sept. 19, 2018, Annastiina Hintsa, the Chief Operating Officer of Hintsa Performance, and Mika Häkkinen, two-time Formula 1 world champion, discuss their work together and why it’s better to optimise, rather than maximise, when it comes to reaching peak performance.

It was a summer day in 1998. The F1 driver Mika Häkkinen had asked for a meeting with Dr. Aki Hintsa. All Dr. Hintsa had been told was that Häkkinen was looking for a doctor he could trust. The situation began to take on definition over the course of their three-hour conversation. Häkkinen was a family-man, and he told Hintsa that his family’s wellbeing worried him when he was travelling. Sometimes he felt helpless when there was a problem at home and he couldn’t do anything about it.

Häkkinen grew rapidly convinced that he had found the right man. It seemed that this was a doctor who knew what he was talking about. In addition to his knowledge and experience, it seemed to Häkkinen that Hintsa was well networked with other medical professionals. And above all he seemed to be truly motivated. Clearly this was a man who felt summoned to do the work he did. Häkkinen wanted to hire Hintsa immediately.

Having  Häkkinen as a client was the best thing Hintsa could imagine. He could develop his method with one of the top athletes in the world. Hintsa says he had little or nothing to do with the world championships Häkkinen won in 1998 and 1999: the had only just begun their collaboration. But those years were still important as a testing and development ground for his theory.

Instead of driving, Häkkinen now works in the business world. Hintsa’s model has helped him distribute his energy resources properly among his various tasks and social and family life. He reports that he has worked consciously to make his life simpler and less stressful. As a result, he has more energy for the things he wants to invest his time in. Once an athlete, always an athlete. Häkkinen plans life much more for the long term now. He says that these days he prepares for his life and the projects in it as he used to for Grand Prix – for the longer distances, not just the short time trials.

The above excerpts are from The Core – Better Life, Better Performance. Read more about the book and order your own copy.