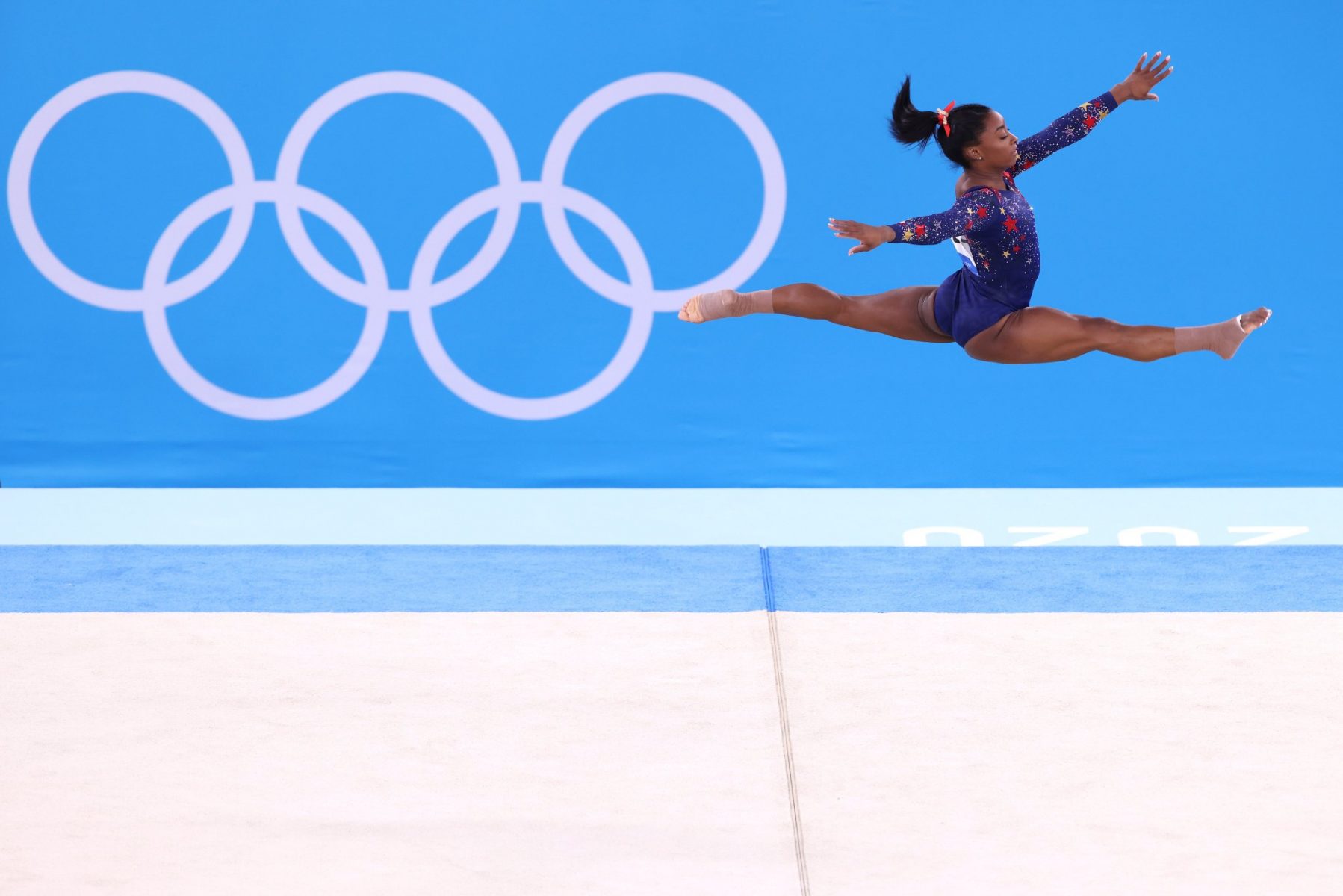 In a moment that caught the public’s attention, the world’s greatest gymnast, Simone Biles, pulled out of the world’s greatest sporting event, the Olympics, to “focus on her mental health”. In Mainland China, the trend among the young is to opt out of stressful jobs. And Wall Street is paying dearly for high burnout risk. What does this tell us? Seems like the sustainability trend is no longer only about how we consume – it’s also about how we work.

We’re tired of stress – and now people are opting out

In the critically acclaimed documentary, “The Last Dance”, Michael Jordan and the Chicago Bulls go for their sixth NBA title. They win – but that’s not what stuck with me. What stuck was the image of a successful, loved Michael Jordan – at the height of his professional career – filmed in a huge mansion, drinking copious amounts of alcohol, and hating everyone. He won in sports but seems to have lost in life.

This may be what gymnast Simone Biles, who opted out of several of the Tokyo games, and tennis player Naomi Osaka, who withdrew from the French Open before her, opted out of. After a shaky performance in team finals, Biles pulled out of four of five individual finals to “focus on her mental health”. Apparently Biles suffered from something gymnasts call “the twisties”, where the body and brain just won’t cooperate, and the gymnast is unable to perform a routine done thousands of times before. So instead of pushing through to win at any cost, she did something unheard of in elite sports – she pushed pause.

Athletes are not alone in this. In what might be the most confusing wellbeing trend of the year, Mainland China’s young are now ”lying flat”: opting out of stressful jobs, abandoning the hamster wheel, and focusing on quality of life. The Financial Times writes about it as a rejection of the Chinese model that has “delivered extraordinary growth … by enlisting the maximum effort from its people”. In response to the “lying flat” phenomenon, an official spokesman for Beijing talked up “the splendour of struggle and endeavour”, ending with a somewhat desperate “Young people, come on!” Something similar is happening in Taiwan where a practice called “ya miao”, or “squeezing the second”, has become a passive-aggressive way for employees to revolt against long hours.

What do Biles and people in Mainland China and Taiwan have in common? High pressure and high effort – for an extended period – leading to a tipping point where you say: “Enough”.

40% of employees struggle with mental health issues stemming from the pandemic, and 60% of leaders feel used up at the end of the workday.

The business world is sharing this sentiment. Over the last 18 months, mental wellbeing and burnout have become major topics for companies globally. Studies show that 40% of employees struggle with mental health issues stemming from the pandemic, and nearly 60% of leaders feel used up at the end of the workday, a strong indicator of burnout. So when Wharton psychologist Adam Grant wrote about “languishing” earlier this year – a sense of stagnation, emptiness, and general “blah” – there was an outpouring of people feeling seen and understood. What’s interesting about languishing is that it is not about mental ill-health – it’s not e.g. depression or burnout – it’s almost beyond that: caring less, checking out, a general dullness. (Probably makes you inclined to “lie flat”.)

The Future of Work & Wellbeing

What are the big trends shaping work? And what should leaders prepare for today?

What does this tell us? Our society has long idealised the “win at all cost” mentality: long hours, workaholism, and single-minded dedication to career success. But it seems that the extended pressure and stress of modern life, exacerbated by the uncertainty and isolation of a long pandemic, is causing a counterreaction. We’re just so tired of the stress and an unsustainable lifestyle, that we’re increasingly opting out, preferring to “lie flat”. This makes me think: have we reached “peak stress”? Could this be the beginning of a trend towards truly sustainable work?

We’re just so tired of the stress and an unsustainable lifestyle, that we’re increasingly opting out, preferring to “lie flat”.

The price of burnout skyrockets

It was not a good day for investment banking HR. “77% feel like victims of workplace abuse”, “100% have had work hours negatively impact relationships“, and “I’ve been through foster care and this is arguably worse”, read some of the highlights in a presentation by a group of Goldman Sachs analysts in February 2021. Citing 95-hour average work weeks, sleep time starting at 3am, and personal quotes about how the gruelling hours affected their mental health, the presentation went viral.

After some half-hearted changes like giving some weekends off “except when working on an active deal”, Goldman turned to their core competence: money. The investment bank increased first-year analysts’ base wage to $110,000, up from around $86,000 (in addition to the annual bonus, which can be multiples of base salary).

If an employer offers gruelling working conditions, this is the price they must pay to continue getting top talent. It’s the going rate for burnout and sacrificing your personal life.

Goldman Sachs probably says this is about competitive pressure on pay. What it tells me is this: if an employer offers gruelling working conditions, this is the price they must pay to continue getting top talent. It’s the going rate for burnout and sacrificing your personal life.* And even then – will you get a diversified pool of top talent, or will you start attracting money-hungry “mercenaries” (to their credit, apparently a concern within Goldman Sachs, too), and how might that impact your culture?

Money aside, the main cost of high burnout risk, I would argue, is human suffering. We’re past the point when we can simply say that overwork is “risk-free” or “how it’s always been”. A recent extensive study by the World Health Organization and the International Labour Organization busted those myths. They concluded that long working hours (defined as 55 hours a week or more) killed 745,000 people in 2016. About half were from stroke, the other half from heart disease. The death rate was up by 29 percent since 2000, and the number of people working long hours is increasing.

So the price for companies – in terms of cost and talent attraction – is high. But it’s always the individual who ends up paying the highest price for unsustainable work.

In short: how we’re working is not working. The pressure and stress of super-human performance at all cost – be it in business or sports – without regard to human psychology, emotions, vulnerabilities, and physiological realities, is not sustainable. As a result, too many of us end up checked out, burned out, or languishing.

What do you think is more difficult for a top athlete: to keep playing like everyone expects, or to pause, reflect, and say “Enough”?

One thing gives me hope. Previously, we would have said that Michael Jordan winning his sixth NBA championship was an example of ideal mental toughness – pushing through and winning at all cost. Now, our idea of “mental toughness” is changing. What do you think is more difficult for a top athlete: to keep playing like everyone expects, or to pause, reflect, and say “Enough”? When Simone Biles withdrew to focus on her mental health, she was inundated by support. Athletes, fans, sponsors – all came out in her favour, and several opened up about their own struggles, too.

Examples like this show that the tide is turning. Mental health is slowly becoming de-stigmatised, and the hope is that future generations of athletes can learn a more multi-faceted view of mental toughness, including mental resilience and mental flexibility. Alongside that, we can hopefully let go of the one-sided ideal of long hours as the primary source of success, and instead learn a model of sustainable work: to pace our effort for when it matters, create personally relevant rhythms to work and life, and optimise our performance. In short, putting the human element back into the equation of successful, sustainable work.

* If you are Goldman Sachs or identify with them, please don’t hesitate to reach out to discuss. At Hintsa we do not believe sustainable work means giving up on high performance, quite the contrary.

Interested in Hintsa’s services for your organisation?
Fill in the form and we will contact you shortly.